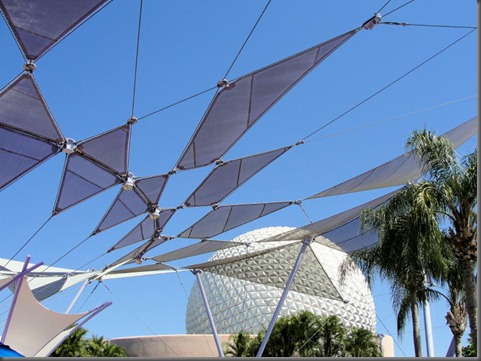 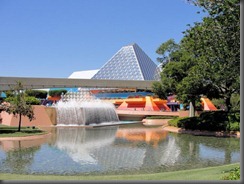 Almost 30 years ago, in the spring of 1983, we took a family vacation to Disney World.  Our 6 year old son loved the Magic Kingdom but I was enchanted by Epcot which had just opened in the fall of 1982.   At that time my travels were pretty much limited to the United States.  Making the rounds of the “countries” at Epcot was a tasting menu of the world.  I still have a vivid memory of the China exhibit – a theater in the round.  You stand in rows and hang on to the railing as you spin your head around to see the countryside of China fly by.  I so wanted to see that for real.  A trip to China was pretty rare at that time for seasoned travelers, let alone for me.  I would never have dreamed that by the time I visited Epcot again I would have been to China and every country featured there, plus many others! 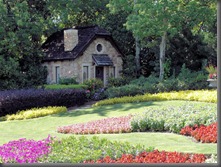 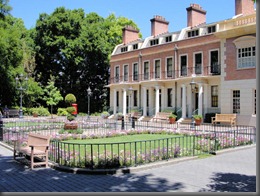 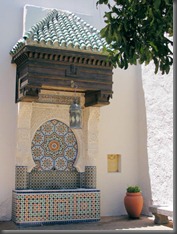 Japan – truth, we’ve only been in the airport in Tokyo so it’s still on the list…. 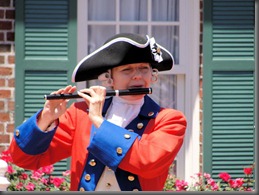 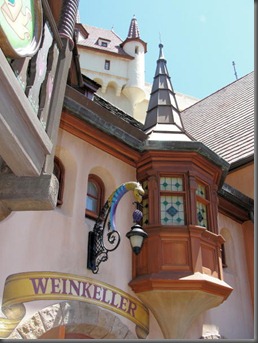 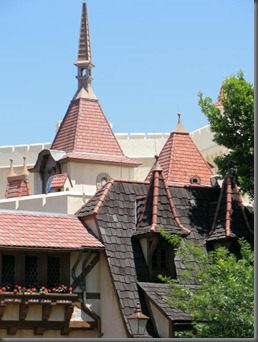 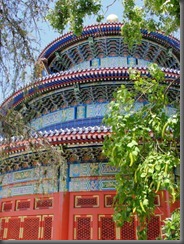 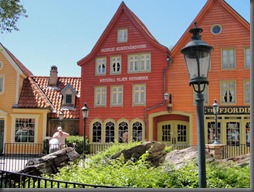 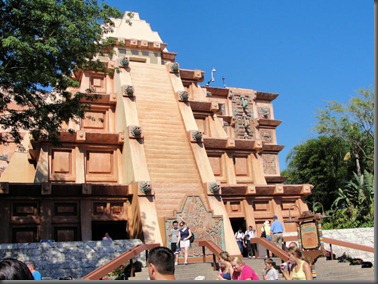 Where else can you visit 11 countries in one day?  Of course the Epcot versions are idealized but the architecture is just right.  The fish and chips in “England” weren’t bad either.

A Flower & Garden Festival was going on while we were there.  They had a butterfly house!

Some of these floral displays may be around all year…. 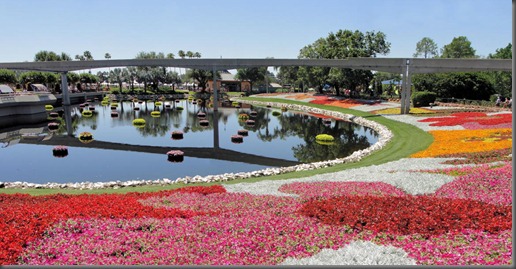 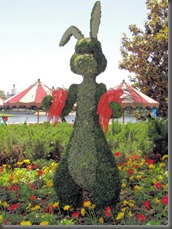 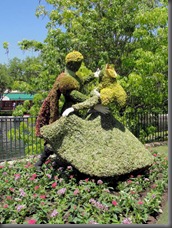 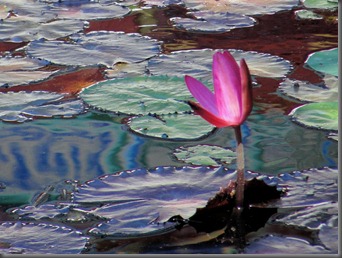 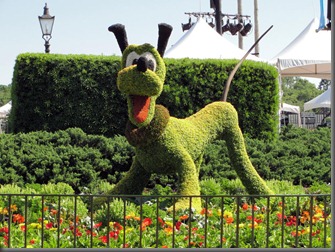 I just have to include these pictures from 1983. 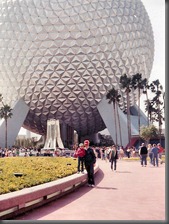 Can you believe we only took 7 pictures in Disney World?  The digital age was still in our future!

Our Future According to Disney!

This video was part of the Spaceship Earth ride.  Your pictures are taken at the beginning of the ride and you answer a series of questions at the end.  This personalizes your video and you can email it to friends and family right there – if you can remember their email addresses.  I’ve already forgotten what the ride was like but I think the video is hilarious!

If the video doesn’t play properly in the blog you can see it here:

Epcot is a great make-believe trip and, who knows, it may spread the travel bug to others as it did to me.  We’re staying home for the summer but I’ll continue to post pictures from real places we’ve visited.

Gracia's Travels is a photo blog. I always take too many pictures on trips so I justify my compulsion with this blog! The blog is mostly photos - they tell the best part of the story. Please contact me if you would like to use any of my photos.
View all posts by graciamc →
This entry was posted in Florida, Orlando, United States and tagged Architecture, Butterfly Garden, Disney, Epcot, Parks, Photography, Travel. Bookmark the permalink.