A Taste of Tucson

Another side trip from Phoenix last winter was an overnight in Tucson.  We drove south to Tucson in the afternoon, arriving at the Saguaro National Park before the sun set. 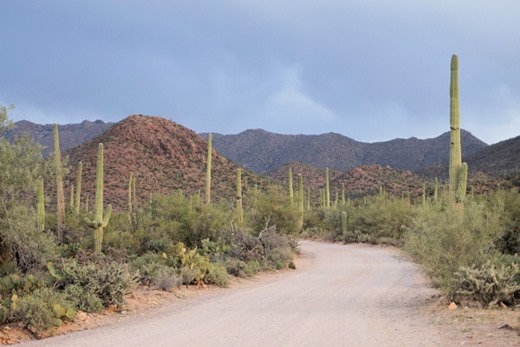 There are two parks.  We drove through the West Park.  The East Park is on the other side of Tucson.  Together they preserve over 91,000 acres of the Sonoran Desert.  We took the five-mile Scenic Bajada Loop Drive, a graded, unpaved road.  A lot of sharp rocks protruded.  Will was afraid we were going to puncture a tire.  A bajada is a gently sloping outwash at the foot of desert mountains where Saguaro grow best.

The Sonoran Desert is one of the hottest and driest regions in North America, getting less than 12 inches of rain a year. 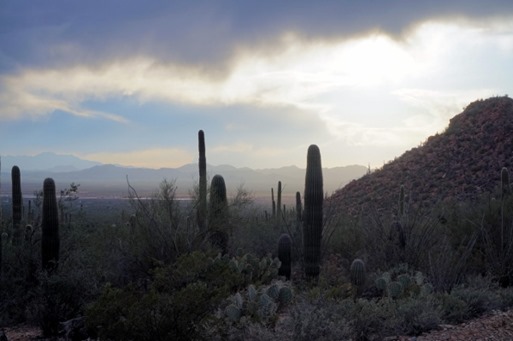 At first I was disappointed that we arrived so late but the clouds and setting sun made for some great photos. 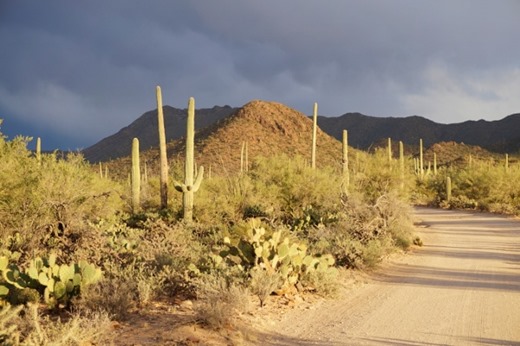 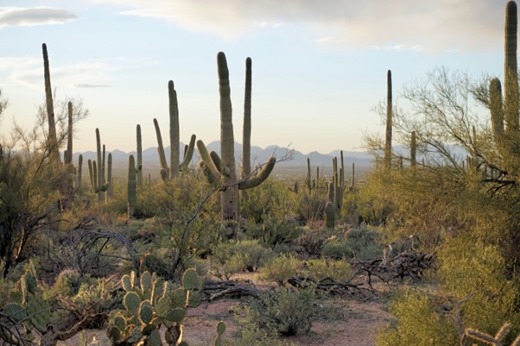 The next morning we drove a little south of Tucson to the Mission San Xavier del Bac.  This is a national historic landmark that is still a working parish.  We took a tour led by a docent volunteer. 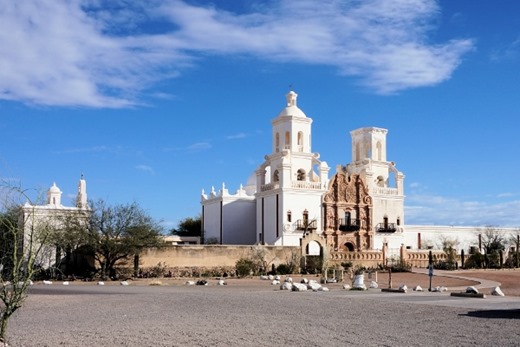 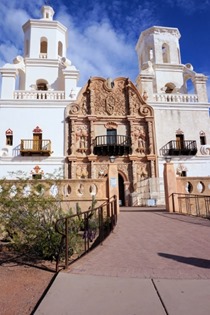 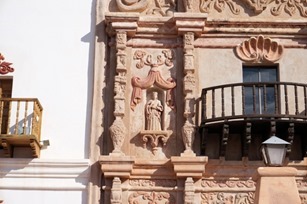 The mission dates from 1692, but this building was begun in 1783 using 7,000 pesos borrowed from a Sonoran rancher. 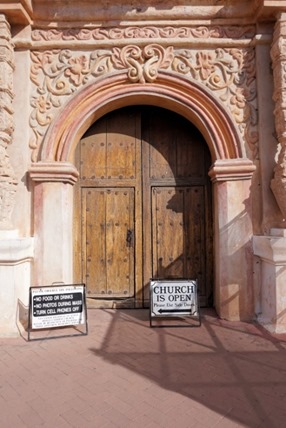 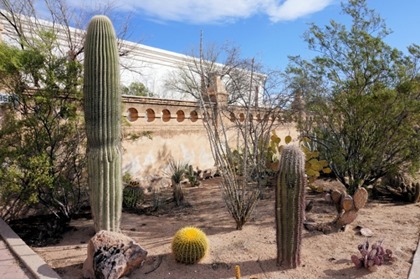 Artists, master artisans, and the Bac villagers worked for 14 years until the money ran out.  The artists were laid off, one of the towers didn’t get its dome, but the villagers kept at work on the north enclosure and the plaza. 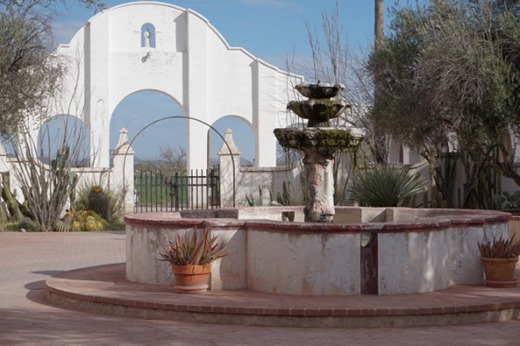 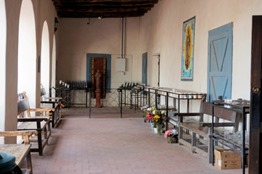 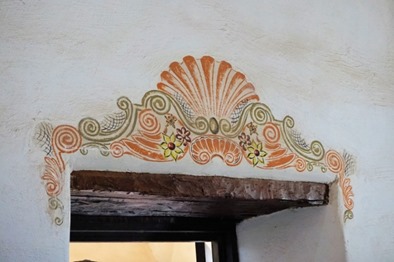 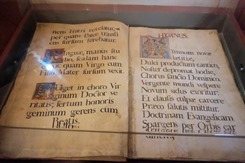 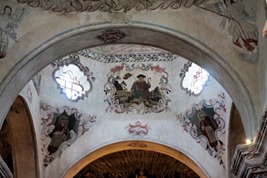 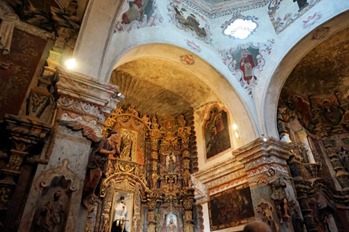 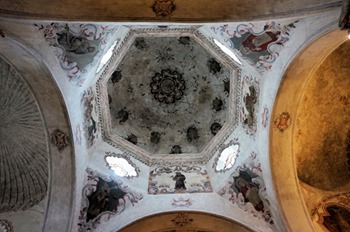 More than $10 million has been raised by the Patronato San Xavier for continuing restoration and preservation of the church. 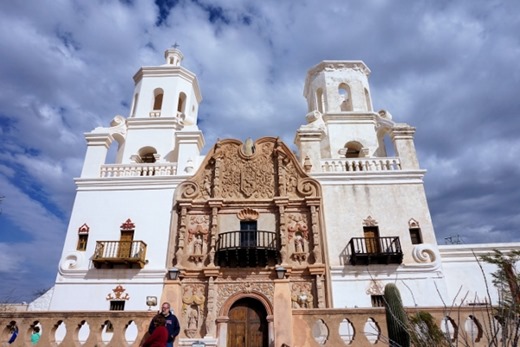 We headed back to Tucson and picked up a map at the Visitor Center for a walking tour. 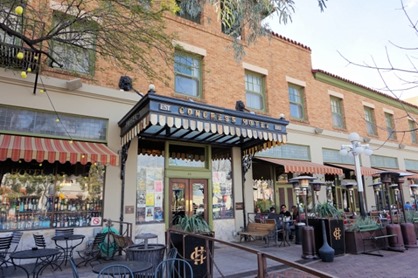 Hotel Congress was built in 1919.  In 1934 members of John Dillinger’s gang rented rooms here.  The building caught fire and the gang paid firemen to carry their bags out.  The heavy bags turned out to contain submachine guns and bulletproof vests!  They were arrested soon after.  I mean the gang, not the firemen! 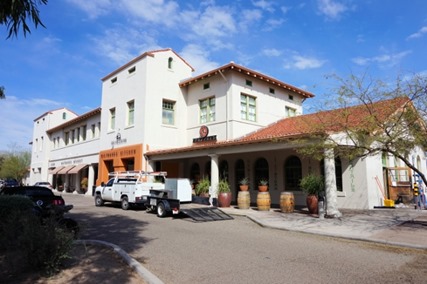 The depot, built in 1907, has been restored.  This is a life-size sculpture of Wyatt Earp and Doc Holiday.  They were involved in a gunfight in 1882 that killed Frank Stillwell at this spot.

Tucson has a modern transit center.

The Fox Theatre has been restored and hosts both screen and stage events. 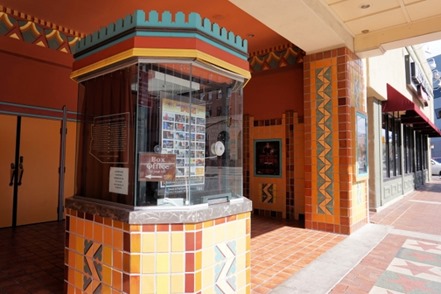 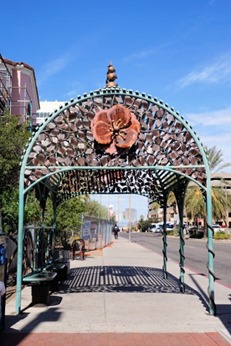 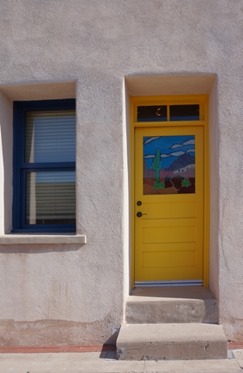 The Pima County Courthouse is under renovation. 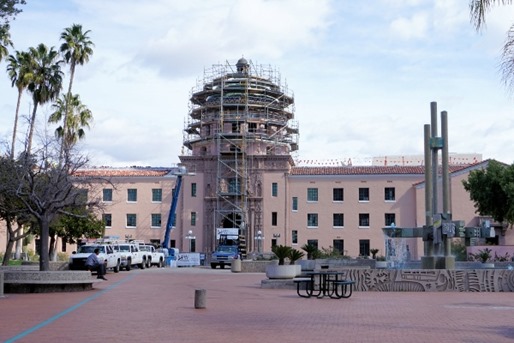 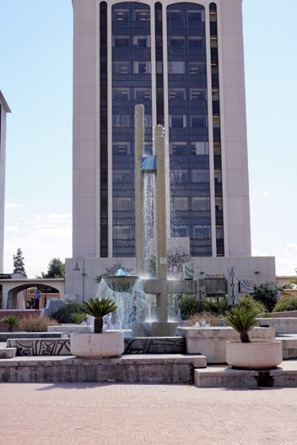 The Mormon Battalion is a bronze sculpture that commemorates when Mormon soldiers entered Tucson on their way to CA to fight in the Mexican War in 1846. 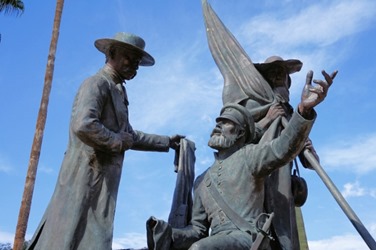 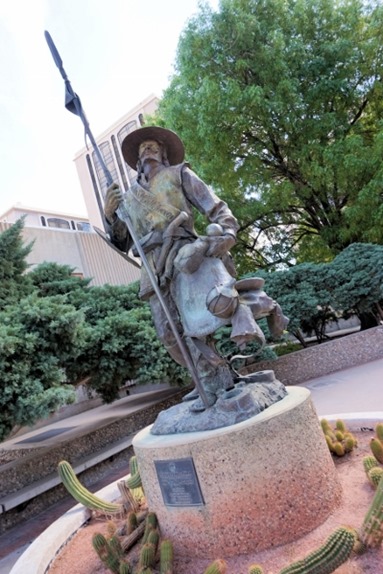 This is a Spanish soldier dressed for battle.  His armor was 7 layers of deerskin. 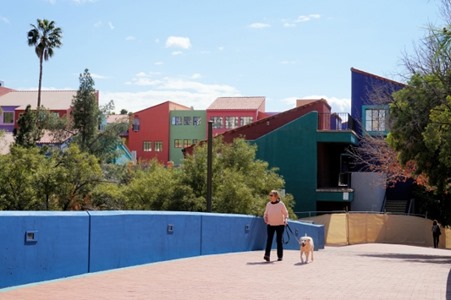 This statue of Francisco “Pancho” Villa was given to Tucson by Mexico in 1981.

This pretty mosaic hides an equipment shed of some sort.

Tucson is an interesting mix of old and new with lots more to see than we had time for.  This was just a taste of Tucson!

Gracia's Travels is a photo blog. I always take too many pictures on trips so I justify my compulsion with this blog! The blog is mostly photos - they tell the best part of the story. Please contact me if you would like to use any of my photos.
View all posts by graciamc →
This entry was posted in Arizona, Tucson, Uncategorized, United States and tagged Churches, Parks, Photography, Travel. Bookmark the permalink.

4 Responses to A Taste of Tucson