My last blog featured the Duomo of Milan.  This one will give you a taste of other sights in Milan.  We took a guided walking tour which gave us a good look at Milan.

The Piazza del Duomo is a good place to start.

Victor Emmanuel II was the first king of Italy.

The Galleria Vittorio Emanuele II, on the Piazza, is a marvelous four-story glass-domed shopping arcade. 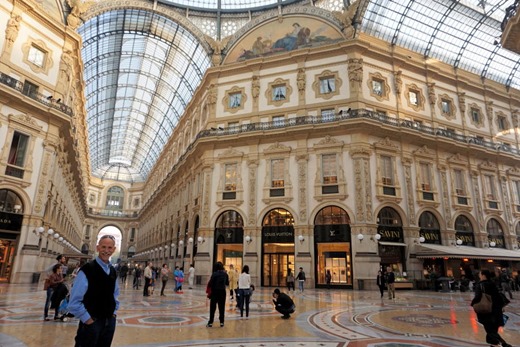 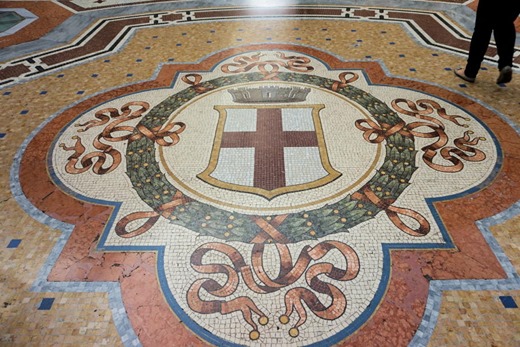 On the other side of the Galleria is the Piazza della Scala and the famous La Scala Opera House.  Our guide told us that La Scala, besides being a theater, was also a casino, not uncommon for the times.

This statue, from 1870, is of Leonardo da Vinci who lived in Milan for 20 years.  His famous Last Supper painting is in Milan too.  More on that in the next blog.

The church of San Nazaro Maggiore was begun in 382 along the Roman road.  (“All roads lead to Rome” but this one actually did!)  The church has been added on to and remodeled many times.  The front seen now, covering the original church façade, is a mausoleum that was added in 1512.  This addition was very controversial at the time.

The original Milan University campus was originally a hospital.

Badly damaged during WWII, reconstruction was finally finished in 1984.

Next to the church of Saint Stefano is the San Bernardino alle Ossa – the Bone Chapel!

That’s right, bones stacked upon bones.  In 1210, when an adjacent cemetery ran out of space, this room was built to hold bones.  In 1269 the church was built next to it.

The Piazza Mercanti was the central market of Milan in the Middle Ages.  City Hall was there.

This balcony is where new laws were announced.

The word “bankrupt” comes from “banco rotto” or “broken bench” – a merchant’s desk was smashed in this piazza if he could not pay his debts.

Sforza Castle was built in the 15th century on the ruins of a 14th century fortification by Francesco Sforza, Duke of Milan.  It was renovated and enlarged in the 16th and 17th centuries and again rebuilt from 1891-1905.  It now houses several of the city’s museums and art collections. 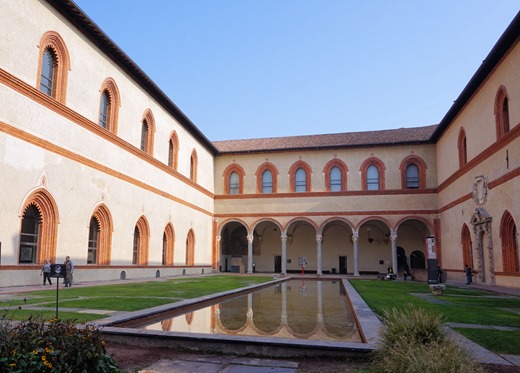 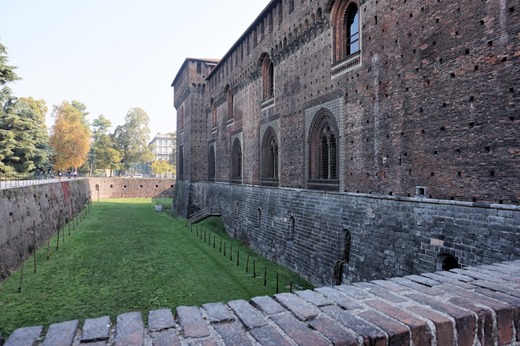 Behind the Castle is Parco Sempione. 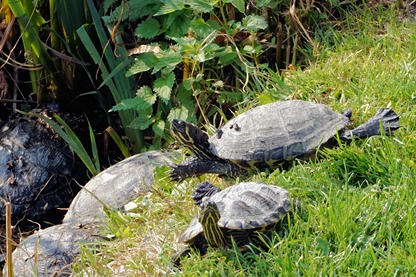 At the end of the park is Arco della Pace.

Per Rick Steves – This was originally an arch of triumph to welcome Napoleon.  Nike and his chariot were turned around, their tails facing France when the locals learned Napoleon was a megalomaniac.

More sites of Milan in my next blog!

Gracia's Travels is a photo blog. I always take too many pictures on trips so I justify my compulsion with this blog! The blog is mostly photos - they tell the best part of the story. Please contact me if you would like to use any of my photos.
View all posts by graciamc →
This entry was posted in Italy, Milan and tagged Castles, Parks, Photography, Travel. Bookmark the permalink.